For all official information and updates regarding COVID-19, visit the South African Department of Health’s website at www.SAcoronavirus.co.za
You are here: Home / 4K / Common Questions: HDBaseT 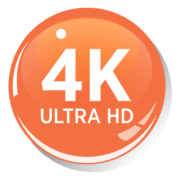 HDBaseT has become the leading solution for delivering ultra-high-definition (UHD) 4K video and audio, USB 2.0, 100 MB Ethernet, control and 100W on a single cable. This is what the HDBaseT Alliance refers to as the “5Play™ feature set.” It’s a huge benefit to have one cable that supports all these applications up to 330 ft for AV installations.

How HDBaseT Works with HDMI

HDMI cables, however, have some distance limitations. Anything longer than 15 ft should have a chip to boost the signal (directional). Anything longer than 50 ft should be over active optical connection (AOC). Note: Cable distances supported for the newest 2.1 specification are still unclear because products are not available yet. In addition to distance limitations, HDMI can be difficult to install because the cables aren’t typically field terminated. These limitations cause real problems, especially in commercial installations.

This is where HDBaseT steps in. It can take the HDMI input, along with the other 5Play technology signals, and transport it 330 ft over a field-terminable, 4-pair twisted copper cable. Not only can you achieve longer distances, but, with the use of a switch, you can use multiple inputs and outputs.

Although HDBaseT was originally intended to work with standard category cabling, there have been some issues. As a result, we recommend that you choose a cable designed for the HDBaseT system you’re implementing.

The Best Cabling System for HDBaseT

Belden has performed several cabling tests to analyze bundling, power and 4K performance among different cabling systems. These tests have identified the cabling that can reliably support HDBaseT technology.

During testing, key parameters were identified in HDBaseT signal and design. This resulted in Belden’s creation of the industry’s first cable designed specifically for HDBaseT 4K video. These key electrical parameters are increased over standard category cable while still maintaining a cable that’s easy to install due to size and flexibility.