For all official information and updates regarding COVID-19, visit the South African Department of Health’s website at www.SAcoronavirus.co.za
You are here: Home / Customer Meeting Form / 2018 / April 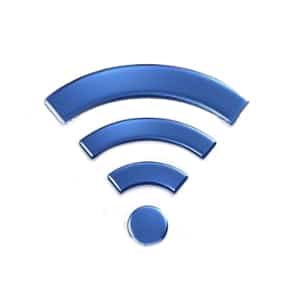 In the late 1990’s, one of the first wireless standards was carried out. You may remember IEEE 802.11b – the first wireless LAN standard to be widely adopted and incorporated into computers and laptops. A few years later on came the IEEE 802.11g, which offered signal transmission over relatively short distances at speeds of up to 54 Mbps. Both standards operated in the unlicensed 2.4 GHz frequency range. In 2009, IEEE 802.11n (which operated in 2.4 GHz and 5 GHz frequency ranges) was a big step up. It provided anytime wireless access and was the de facto standard for mobile users.

Understanding wireless technology and standards like these is key to making sure you are investing in technology and equipment that can support your organisation’s short-term and long-term network-connection requirements. Wireless standards layout specific specifications that must be followed when hardware or software are designed related to those standards.

Now that we have covered the major wireless standards of the past, let’s look ahead at current standards – and what is yet to come.

Today’s wireless standards, like IEEE 802.11ac (Wave 1 and Wave 2), operate in the 5 GHz frequency range. This standard is used for many general-purpose, short-range, multi-user applications, like connecting end devices to networks.

As we have mentioned in previous blogs, IEEE 802.11ax is the “next big thing” in terms of wireless standards. As the successor to 802.11ac, 802.11ax operates in both the 2.4 GHz and 5 GHz frequency spectrums. It will offer 10G speeds, and the ability for multiple people to use one network simultaneously with fewer connectivity problems (and while still maintaining fast connection speeds). It will improve average throughput per user by a factor of at least four as compared to 802.11ac Wave 1.

Operating at lower frequencies are standards like 802.11af (UHF/VHF) and 802.11ah (915 MHz). These standards are designed for extended-range applications, like connecting hundreds of remote Internet of Things (IoT) sensors and devices. They’re also used in rural areas.

Because they operate in lower-frequency ranges, they’re able to offer extended operational ranges. They can carry signals for miles, but have a low throughput of 350 Mbps.